Quite a few calls today asking what to do with Biogen following this news...

"Biogen Inc. plummeted after the biotechnology giant said that its experimental Alzheimer’s drug was unlikely to be effective and that it was halting its research, in another setback for drugmakers’ efforts to find a therapy for the neurodegenerative ailment." -- Bloomberg via Yahoo Finance

As ever, I am not now, have never been, nor will I be your investment or financial advisor...And I neither own nor will I own shares of BIIB.

However, here are my thoughts at the moment (following today's plunge):


Biogen may indeed immediately resume its march higher.  But you need to give it time to establish a new base and show a clear resumption of an uptrend ala CMG over the last couple of years.


Monthly -- Price breached 1 major horizontal support level from above today, but held above others... for now. 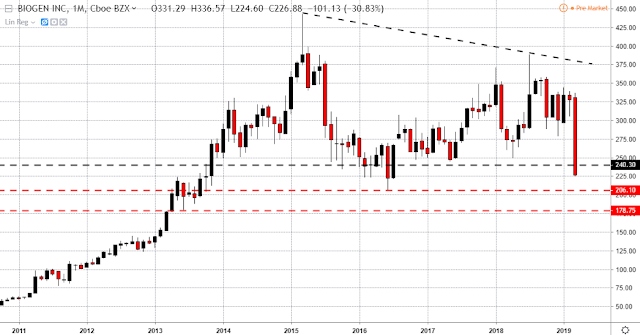 Weekly -- this chart shows much the same, except adds a breach of a rising trendline that helped form a nice triangle/pennant pattern. 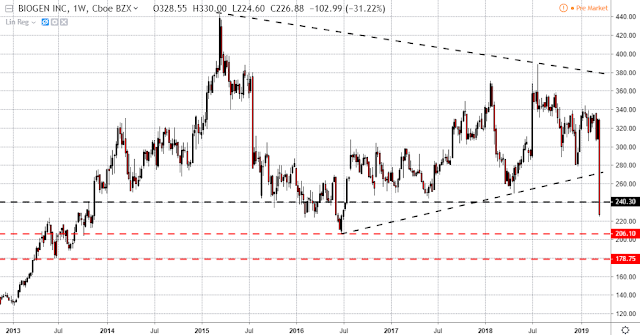 Daily -- Price shows a drift to the upside since dropping from its all time high in 2015.  Today's price action confirmed the July'18 lower high and suggests a longer term lower low is soon to come. 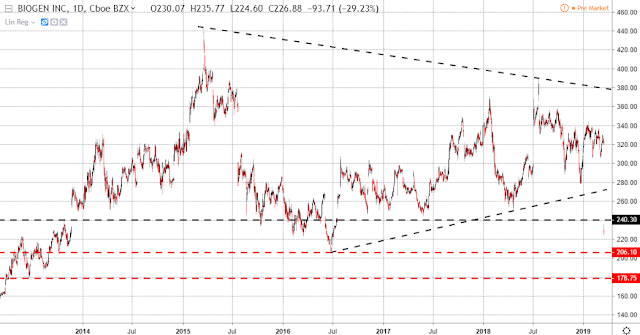 Swing [4 Hour] -- Here we see the Pennant formation even more clearly... Expect a rally back to the rising trendline breached by today's fall... or at least toward it. 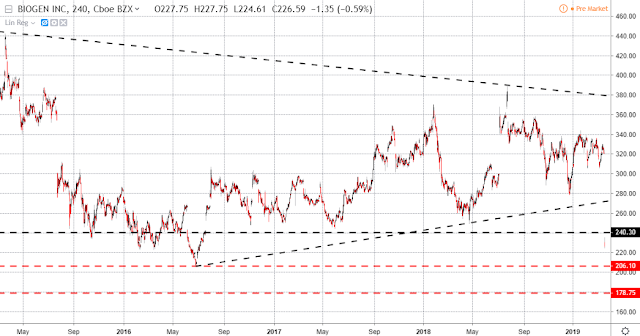 Swing [4 Hour] A closer look -- Use buy signals against the low here to catch a potential strong rally back to the upside. 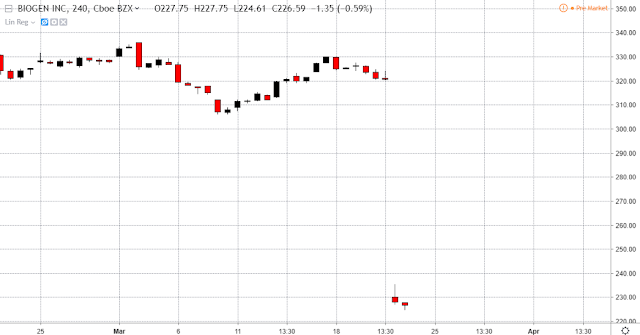 Conclusion:
It doesn't take a rocket scientist [or a biomedical engineer] to see that BIIB has problems... and the underlying company is in no great shape either.  If you're interested in trading the stock from the long side [a "Dead Cat" perhaps], look for an entry setup against the recent lows using the 4 Hour chart.