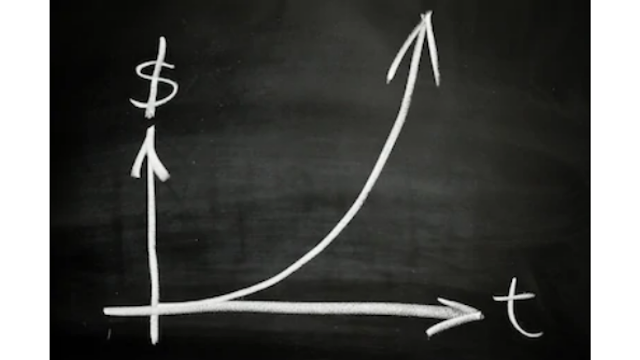 Historically, that meant a house, a college education, and maybe gold… because you’d probably earn enough from either to pay back the debt, with interest. Today, housing is unpredictable, many forms of student debt are crushing (the return on the most forms of higher education isn’t as high as it might be) and gold is like other tradeable securities… you should NEVER borrow to buy market traded securities.

You might be able to justify borrowing money to buy a car if the car enables you to make enough money to pay the debt back (cab medallion owners in New York have recently learned that there are few sure things).

The deal with credit card debt, though is simply terrible. The credit card companies pay 2% on their interest-bearing accounts, but charge 17 and 20% on the debt that people carry–that’s a huge gap. It’s a crappy deal that you should avoid at all cost.

Lately, there’s been a lot of handwringing about the long-term impact of a daily treat necessity like a cup of coffee. Your favorite guru will tell you that your daily cup of joe is one of the primary culprits damaging your ability to accumulate savings. Many of the same gurus will tell you it’s ok to borrow (modestly) to fund your wedding. Based on the ideas of such societal gems as the Bachelor/Bachelorette, the number of people getting a loan for their wedding is skyrocketing.
This is a problem.

The sad news is that the best you can do within a system that makes it harder and harder to catch up through sheer effort is to begin by avoiding debt… at all cost. The lesson that you don’t get in high school or college is that debt kills. Not the big, obvious debt like a mortgage or business loan… but the smaller, more insidious debts like credit card debt.

The system may not be fair, and it may be rigged against those that get negatively compounded.

So don’t be one of them… Make sure all of your compounding is positive.