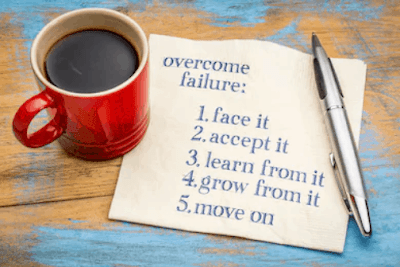 “You don’t learn to walk by following rules.  You learn by doing and by falling over.”
– Richard Branson


A common question you guys ask is “How long will it take to become a successful (profitable) trader.”

It’s a question I can’t answer… nor can anyone else for that matter mind you. It depends far too much on your circumstances and, more important, your willingness to put in a bit of work.  That word "work"  alone usually ends the conversation.

The second most common question (and sometimes most common) is some version of “Is there a way to trade without losses?”

That one I can answer… and do… The answer is yes, you can… but not in any kind of sustained way.

Generally, by the time I’ve answered these two questions the person making the inquiry has moved on to someone willing to offer them that elusive “magic” formula.  A quixotic quest at best I might add.

At any rate, there is only one sure way to progress along the path toward consistently profitable trading… barring omnipotence of course.

That way is… Failure.

That's a wordy explanation for sure so I’ll simplify.

Jump right in (if not via simulation, just be sure to keep your risk (trade size) tiny…there will be plenty of time to take the “big” risk later... if you still think that's a good idea at that point). When you lose… and you will lose, determine if the loss was within the  normal course of your new found “process” or if you made a mistake.

Normal course of business loss? Move on to the next trade.

You made a mistake? Figure out the mistake, correct your process if necessary, THEN move on to the next trade.

Doing this consistently will result in constant improvement of your process and move you ever closer to consistently profitable trading.

As a bit of inspiration during the losing periods I offer the following from FundersandFounders.com…