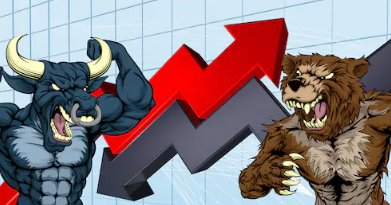 "There is only one side of the market and it is not the bull side or the bear side, but the right side."
- Jesse Livermore
=====================
Support and resistance represent key areas on a chart where the forces of supply (sellers) and demand (buyers) do their most intense battle.

In the financial markets, prices are driven by aggressive sellers (down) or aggressive buyers (up). As demand increases beyond the supply available, prices push higher; as supply increases beyond current demand, prices do just the opposite and fall.

Support is the price level at which demand is thought to be strong enough to prevent price from declining further. Usually an area below the current price where there was substantial congestion, “round” numbers, and/or where price bounced previously. Logic dictates that as price declines towards support and gets “cheaper,” buyers become more inclined to buy and sellers become less inclined to sell. When price reaches the support level, it is believed that demand will overcome supply, prevent price from falling below support and, in fact, cause price to reverse higher. 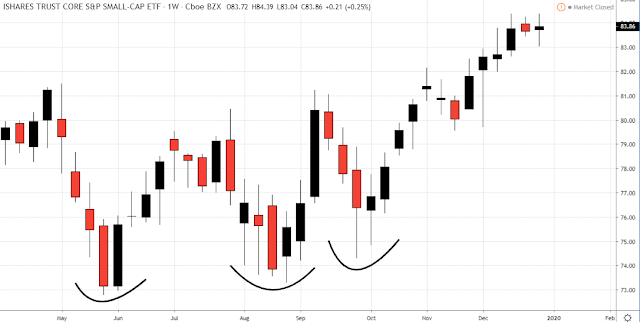 Support doesn't always hold and a break below support signals that the bears have won out over the bulls for the moment. A decline below support indicates a new willingness to sell and/or a lack buyer interest (a buyer "strike").

When support fails leading to lower prices it signals that sellers have reduced their expectations and are willing to sell at even lower prices. In addition, buyers could not be coerced into buying until prices declined below support or below the previous low. Once support is broken, another support level will eventually be established at a lower level. Further, once a support area or zone is clearly broken, it becomes a resistance area (see resistance below).

Where Is Support Established?

Support levels are usually below the current price, but it is not uncommon for a security to trade at or near support. Charting is not an exact science and it's sometimes difficult to set exact support levels. In addition, price movements can be volatile and dip below support briefly. Sometimes it does not seem logical to consider a support level broken if the price closes a little below the established support level. For this reason, some traders establish support zones. Support zones include more price area and thus allow for more certainty with respect to determining if support has been broken.  Remember the concept of zones as we'll be revisiting it in the not to distant future.

Resistance is the price level at which selling is anticipated to be strong enough to prevent price from rising further. Logic dictates that as price advances towards resistance, sellers become more inclined to sell and buyers become less inclined to buy. By the time price reaches the resistance level, it's believed that supply will overcome demand and prevent the price from rising further. 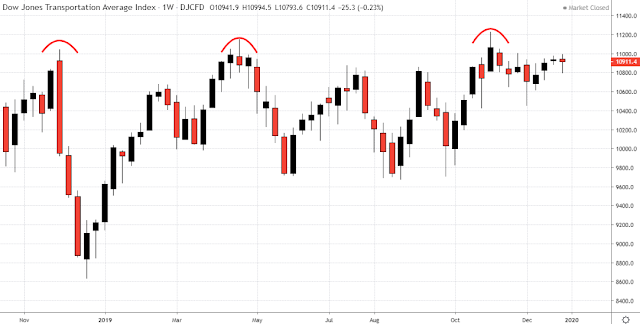 Resistance doesn't always hold and a break above resistance signals that the bulls have won out over the bears. A break above resistance shows a new willingness to buy and/or a lack of incentive to sell. Resistance breaks and new highs indicate buyers have increased their expectations and are willing to buy at even higher prices. In addition, sellers could not be coerced into selling until prices rose above resistance or above the previous high. Once resistance is broken, the prudent trader will wait for another resistance level to be established at a higher level.

Where Is Resistance Established?

Resistance levels are usually above the current price, but like support, it's not uncommon for a security to trade at or near resistance. In addition, price movements can be volatile and rise above resistance briefly. Sometimes it doesn't seem logical to consider a resistance level broken if the price trades and/or closes a small amount above the established resistance level. For this reason, some traders establish resistance zones the same way they establish support zones.

Support and resistance are like mirror images and have many common characteristics. 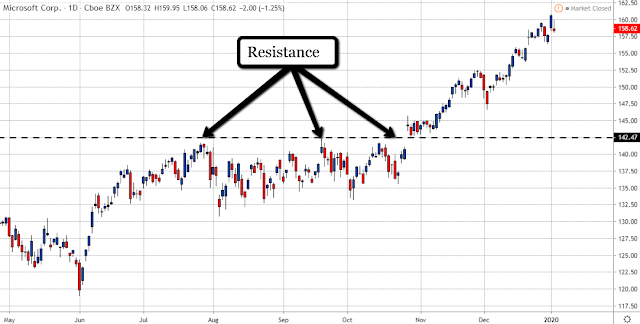 Another principle of price action analysis stipulates that support can turn into resistance and visa versa. Once the price truly breaks below a support level, the broken support level turns into resistance. The break of support signals that the forces of supply have overcome the forces of demand. Therefore, if the price returns to this level, there is likely to be an increase in supply (especially if there was a significant amount of volume traded at or around the price level over time), and hence resistance.

Likewise resistance becomes support. As price advances above resistance, it signals a change in the relationship between supply and demand. The breakout above resistance proves that the forces of demand have overwhelmed the forces of supply. If the price returns to this level, there is likely to be an increase in demand and support will be found.

Trading ranges often play an important role in determining support and resistance as turning points or as continuation patterns. A trading range is a period of time when prices move within a relatively tight range. This signals that the forces of supply and demand are evenly balanced in that area. When the price breaks out of the trading range, above or below, it signals that a winner may have emerged. A break above is a victory for the bulls (demand) and a break below is a victory for the bears (supply). For one side or the other to win, price must not only break through the support or resistance level, it must hold above the top of the range or below the bottom of the range for a significant period of time. 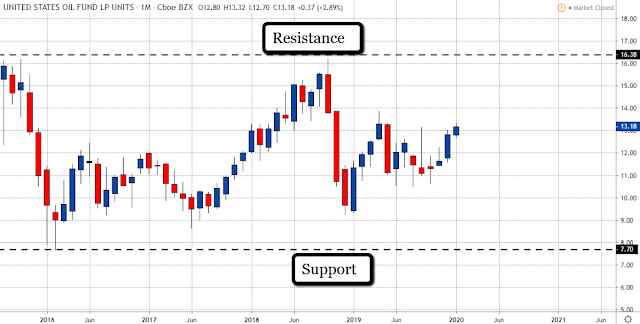 A trendline is a line drawn over pivot highs or under pivot lows to show the prevailing direction of price. Trendlines are a visual representation of support and resistance in any time frame. They show direction and speed of price, and also describe patterns during periods of price consolidation.

The trendline is among the most important tools used by chartists. Instead of looking at past business performance or other fundamentals, chartists look for trends in price behavior. Trends in the perception of traders who interact with the security. A trendline helps chartists determine the current direction in market prices. Chartists believe the trend provides context, and identifying this trend (context) is the first step in the process of making a good trade.

To create a trendline, an analyst must have at least two points on a price chart. Some analysts like to use different time frames such as one minute or five minutes. Others look at daily charts or weekly charts. Some analysts put aside time altogether, choosing to view trends based on tick intervals rather than intervals of time. What makes trendlines so universal in usage and appeal is they can be used to help identify trends regardless of the time period, time frame or interval used.
Downtrend 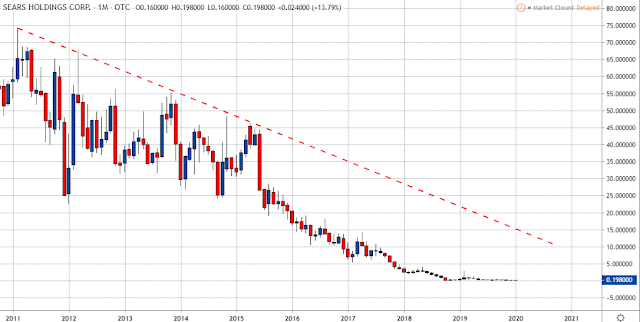 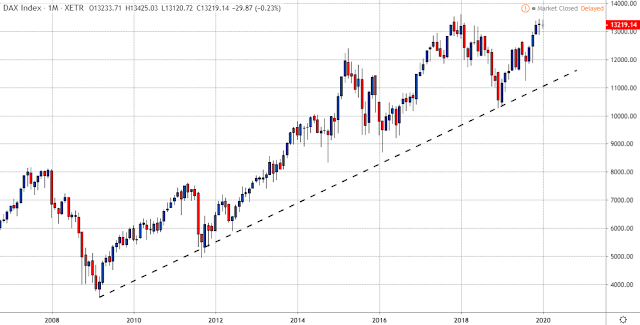 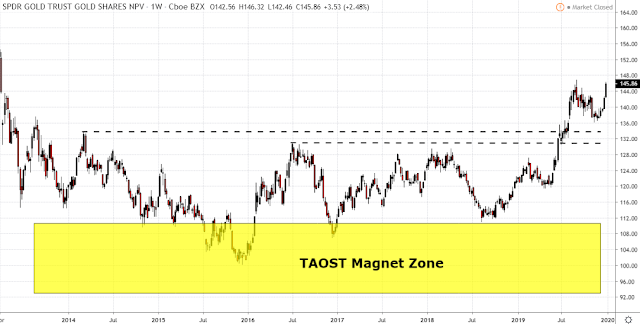 If a security is approaching an important support level, it can serve as an alert to be extra vigilant in looking for signs of increased buying pressure and a potential reversal. If a security is approaching a resistance level, it can act as an alert to look for signs of increased selling pressure and potential reversal.