“C just vomited,”  my wife said as she picked up her laptop and headed upstairs to the main floor of our house.

“Crap… didn’t he have a headache and a sore throat on the way home from practice as well,” I ask even though I pretty much already know the answer.

“Wait… what?  How did we go from he’s showing some symptoms to I’m taking him to get tested on Saturday morning… with no discussion?”

“Because we have to social distance again… in the house...which you know the boys hate.  So, we need an answer to whether he has Covid sooner rather than later.  And he’s going to be nervous/scared and you’re better at soothing him… in advance of something that makes him nervous.  I’m better on the back end.  Thus, you’re taking him.”

I paused for a moment to reflect on her conclusion… Then, “He’s not scared… it’s just an unknown to him.  And by the way… too much words.”

“Maybe… but you’re still taking him.”

My wife was right though… My son was very nervous about the test.

My son’s misgivings about having a Covid 19 test map pretty well to most people’s apprehension about even investigating short-term trading as a possible side hustle...

There’s a much longer list of fears and sub fears that I won’t bore you with by raising and answering here.  Just know that many of your fears about “getting into trading” are unwarranted… if not wholly unjustified.  Don’t let paper tigers keep you from investigating a thing that could literally change your life.

And, by the way… my son’s test took all of 15 seconds.  After it was done he said,  “That wasn’t nearly as bad as I thought it was going to be.”

I’m guessing that you’ll have a similar response after you look into trading.

"A lot of times, we are trapped by our own false sense of security. You can do whatever it is you put your mind to. Your goal is to... 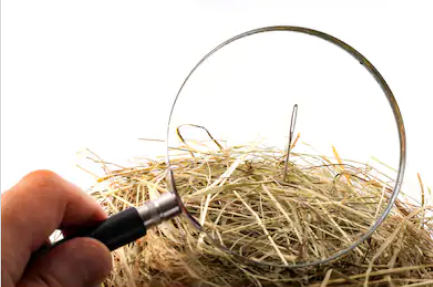