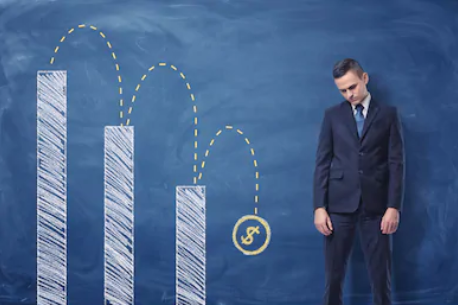 You’re likely in for a rude awakening.

A television channel in the UK asked people to spend a week living on the amount they’re set to have after retirement - based on their current savings rate - as part of an experiment.

According to one 47 year old participant the results were more than a bit surprising.

“It is actually a real, real shock…” Rachel Newton noted as she opened an envelope showing how much she and her partner could spend on groceries for the week. The amount was £24 (approx $31 at an exchange rate of 1.29).

She and her partner normally spend £80 (approximately $103) per week.

After a week living on a much lower income Rachel noted, “I can’t live like this when we’re old and retired.” She and her partner Aaron commit themselves to not spending their final decades living as they did during the low spending week.

If you suddenly found that you had to live on a much lower income for a month, you’d probably just suck it up and get through it.

Maybe splurge a bit on the other side to make yourself feel better.

But what if living on a much lower income became your new normal? Worse, what if that new normal shows up in your 60s, 70s or 80s?

I’ve yet to hear a good answer.

True, plenty of people say they will just live more frugally in retirement, work until they drop and/or commit to saving much more aggressively.

Those are all fine answers I suppose… but there’s a problem… As evidenced by the Brits above, most people think they are living frugally until they have their food budget cut by more than half.
Ageism is a real thing… most employers don’t want to keep, much less hire, folks over 60; and even if you can save more aggressively, most people won’t come close to saving enough to secure a comfortable retirement.
Don’t believe me?

That’s fair… after all most of you don’t know me like that. So let’s do a little simple math shall we?

Let’s put aside for the moment my strongly held feeling that it’s nearly impossible to save for an uncertain event (do you know exactly how much money you’ll spend next year? Thought not). So assume the often suggested number of $1,000,000 will be enough to get you through your Golden Years. Ignoring post retirement growth, inflation, taxes and fees, that number is just enough to get you through the 20 years from 65 to 85 at a rate of $50,000 per year give or take.

Admittedly, that’s not bad I suppose… a bit over $4,000 per month. Just don’t book that 'Round The World vacation you’ve wanted to take just yet.

But there’s another problem.

Are you anywhere near $1,000,000 in savings? If not do you have a reasonable path to get there?
According to the Economic Policy Institute, “(d)epending on how you do the math, 32-61 year old head of households averaged around $120,809.40 in retirement savings.”
Total.
Since in this instance, age is far more than a number, let’s have a look at those closer to the back end of that age range.

Using these numbers and a basic retirement calculator (they're available all over the internet... go find your own), let’s look at a couple of scenarios. 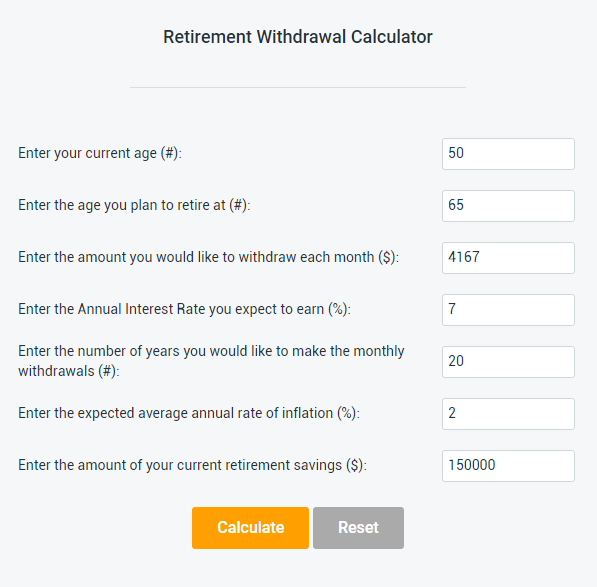 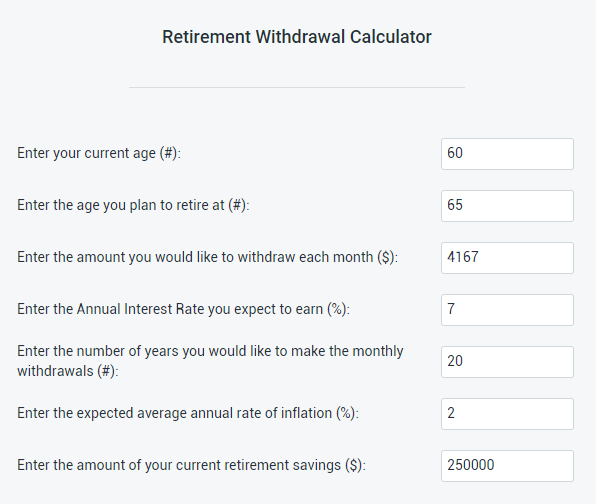 Person B needs to save $3900 per month without inflation and about $6100 with 2% annual inflation to draw $50,000 annually for approximately 20 years.
How do those saving levels strike you?  Can you meet them?

Even if you can save at this rate, are you comfortable locking yourself into a fixed annual income level not knowing what your actual costs will be and for how long you’ll have them?

If you take nothing else from anything I say, take this… The best way to secure your retirement lifestyle is to create multiple income streams.