The Importance of Simple Trading Rules 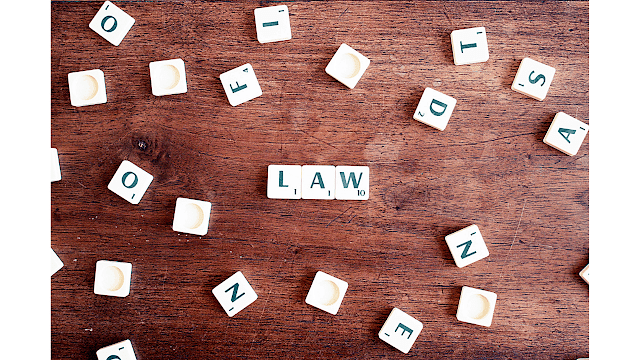 Every (real) trader knows that he needs a good set of simple trading rules. However, assuming he does indeed have them, following the rules is often the hardest part. As traders, we often violate our rules, then have the temerity to wonder why our strategies fail us.

Whether the rule violation is:
traders spend an extraordinary amount of time extricating themselves from bad situations resulting from a failure to stay within the simple trading rules they’ve set for themselves.

I suspect, given the fact that you’re reading this post, that you have some level of experience with this.

It’s not a stretch to say that the sooner you develop AND adhere to a good set of simple trading rules, the sooner you’ll achieve consistent profitability.

...the sooner you develop AND adhere to a good set of simple trading rules, the sooner you’ll achieve consistent trading profitability.

In this post I want to dig a bit more deeply into that.

Why Simple Trading Rules Are So Important

The significance of setting and following a set of simple trading rules is clear.

In an environment with such a wide range of potential outcomes, humans (and most traders are human... forget rumors to the contrary) tend to become highly emotional. As a result, they become as unpredictable as the market with which they’re attempting to interact.

Traders forget the rational, well-considered plan laid out in the calmness before the market’s opening bell. They become transfixed by blinking lights, squiggly lines, and weird chart patterns (many of which are as indiscernible as constellations).

Before long they are jumping in and out of positions basing decisions on everything from a whim to ascending triangles to upside-down head and shoulders to the oscillator du jour.

If lucky, by day’s (week’s, month’s, or year’s) end the Trader has only lost a portion of his trading capital.

More often, he’s surrendered something much more important. He’s lost confidence in his ability to interact with the market profitably. The financial loss, while painful, can be overcome. Loss of confidence on the other hand, can sound the death knell for a Trader.

How does setting and following rules help a trader’s confidence? Confidence is generally a function of certainty.

Websters Dictionary defines confidence as “certitude; assurance: He described the situation with such confidence that the audience believed him completely.”

Study psychology in the most rudimentary way and you will learn that certainty is also one of humanity’s most basic needs. In a chaotic environment that same need expands exponentially.

In the market (chaotic by definition), it is virtually impossible to have certainty about the future, or more precisely, the future direction of the market. This is true notwithstanding assurances to the contrary by gurus, portfolio managers, analysts and the like.

The best Traders (defined as most profitable mind you) will tell you that they’re wrong... FREQUENTLY, and that they are profitable only because their simple trading rules (and the underlying simple trading strategies) take the resulting losses into consideration… and, more important, compensate the trader for them.

So if it’s impossible to have any real certainty about the market’s future behavior, and the human Trader needs massive certainty, there’s only one alternative.

The successful Trader must have (or develop) certainty about how he will interact with the market under any and all circumstances.

Magic tricks and mysticism aside, it is impossible to force, cajole, beg or will the market to do anything other than what it pleases. The only thing a Trader can control in the market environment is himself.

Uh Oh...
Most people would rather try to control the market than control themselves. Well… feel free to give it your best shot. Just do it with a tiny account. When you destroy that account (and trust me, you will), come back and resume your path toward learning to control yourself by developing a set of simple trading rules customized to suit you and your goals.

Trading is similar to other areas of life and/or work that require high levels of discipline and focus. For example, as part of her study rules, a law student may require herself to read a minimum number of pages each night. She may also require herself to independently brief every case that she reads before referring to study aids for further explanation. She does this as part of a broader set of study rules to help her stay on top of the massive amounts of information she must wade through. This in turn will help her achieve her ultimate goals of learning the material and performing well on exams.

Notice that the student’s rules help keep her on the path toward her ultimate goals. They provide boundaries. They do not automate the learning process, but they do (in her estimation) give her the best chance of attaining her goals.

Similarly, a set of simple trading rules don’t guarantee success in the market environment...nothing does. But they do provide boundaries which can help keep a Trader move toward his ultimate goal...consistent profitability.

If a Trader requires himself to ALWAYS use stops appropriately (one of my personal favorites), he does not guarantee himself success, but he does help minimize his chance of failure (also known as blowing up).

Reduce the chance of failure and you increase your probability of success by giving yourself time to learn and accumulate profits.

For example, portfolio traders (often referred to as position traders) need to have an idea of what’s going on in the macro-environment. They need to understand what is happening in other areas that can have a significant impact on the securities they trade.

Day traders like myself, on the other hand, care far less about broad market themes as we’re focused on the ultra short term. This makes price action, chart patterns and indicators much more relevant.

As a result, a simple trading rule that requires a Trader know and understand what is going on at the macro level each day (through news and other non-price data) would be more helpful to the portfolio trader than to the day trader.

In fact, many day traders say they have to do the exact opposite (avoid paying too much attention to pre-open news) as the information can (and often does) distort their view of price action.

For example, as a former institutional broker for international (ex-US) markets, I came to independent trading from a space that required me to “know everything” each morning.

My worst nightmare was a client calling in at 5:47 am asking about something that I hadn’t yet seen or gotten to in my morning packet of information.

The information stream was treated as critical even though it often had little to do with how the market actually fared over the course of the day.

As a result of that experience over nearly a decade, I brought that ingrained habit to my own trading. I spent hours and hours each day trying to make sure I was on top of all of the available news flow… globally.

It was only when I dispensed with all of the information gathering, tightened my trading process and focused maniacally on risk management/minimization that I turned the corner to profitability. This video explains my current (and now long standing) approach to information trading.
Do yourself a favor...spend as much time committing yourself to a strong set of simple trading rules as you do to searching for the “Holy Grail” trading strategy.