How To Control The Future 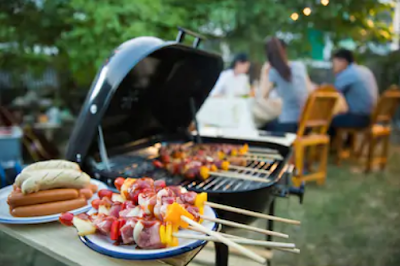 "The financial markets generally are unpredictable. So that one has to have different scenarios... The idea that you can actually predict what's going to happen contradicts my way of looking at the market."

How does one control the future?

Nor can I for that matter.

As a matter of fact, you can’t even predict the future...

Nor can I for that matter.

And you know what else?  Blustery assertions and proclamations by some folks aside, neither can anyone else.

Fortunately, there’s no need to control nor predict in life... or in trading for that matter.


No You Just THOUGHT You Had Plans

The holiday bbq my family was planning to attend recently was cancelled at the last minute.

I was initially annoyed because the late hour “disinvite” effectively foreclosed alternatives for entertaining my 2 young, very energetic boys for the day.

Hmmm… What to do…

Turns out, providence was smiling on us as the day started off hot and muggy and proceeded to get hotter… Much hotter.

How hot you ask?

Tepid to say the least…

And, incidentally, I don't live in Arkansas, Arizona, Mexico, Sub Saharan Africa or Hell (yet).  100 degrees at 6 in the evening is NOT usual… nor fun for that matter.  I thought then that the technical term for any avoided outdoor event  that day was “good miss.”

So why am I burning your eyes (no pun intended) with this unsolicited personal anecdote instead of talking about where the market is going this week... or next... or next year for that matter?

2 reasons… Well, 3 actually, but if you don’t “get” the first 2, the third doesn’t matter.  The reasons are:
Fortunes are spent and lost (and liberty taken I might add) all in pursuit of increasing the certainty with regard to some future event.  Unfortunately, not only is it not possible, it is entirely unnecessary.

One’s reaction to events is far more manageable and determinative than any attempt(s) to  control the inherently uncontrollable could ever be.

In trading as in life, you can’t know (predict) the future (what will the weather be 2 weeks from next Thursday at 6pm in the evening?)… and you certainly can’t control it in any meaningful (or legal) way.
The good news (again) is that you don’t need to acquire any such capability.  You don’t need to know what life or the market will give you.


“One’s reaction to events is far more manageable and determinative than any attempts to  control the inherently uncontrollable could ever be.”

You need only know that you will respond in the best way possible under the circumstances.

In other words, if you know exactly what you'll do at different price levels in a security is there any real reason to fear volatility?

Survey says? Hell to the no…

So how did I respond to no longer having holiday plans at the last minute?

We hit the pool early and spent the better part of the morning and early afternoon there.

We then had an early (inside) dinner at one of our favorite local restaurants.

And I avoided heatstroke.

Couldn’t have turned out better had I planned it that way all along😎.
Posted by The Trader
Email ThisBlogThis!Share to TwitterShare to FacebookShare to Pinterest